Eighteen new Angels were introduced as they strutted the catwak for the first time, while a bevy of music artists performed throughout the night with them, including  Shawn Mendes, Rita Ora, and Halsey (just to name a few). 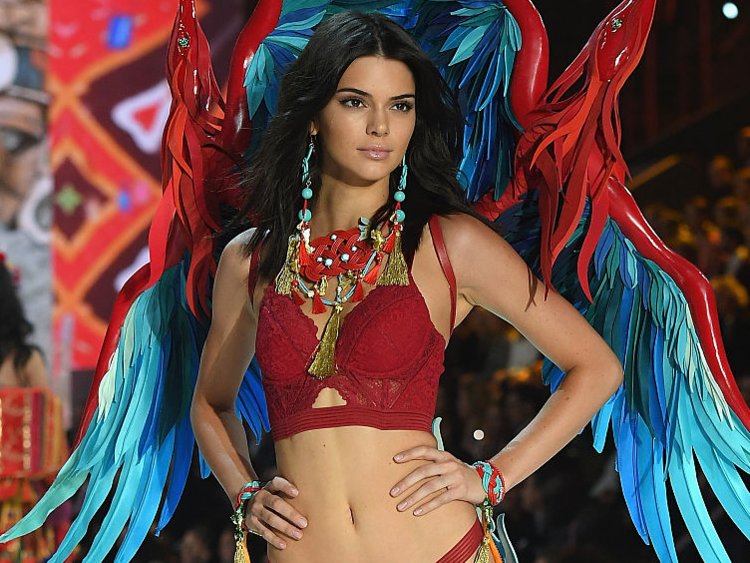 Kendall Jenner returned to the Victoria’s Secret runway in 2018

Top Models Stella Maxwell, Candice Swanepoel, Jasmine Tookes, and Behati Prinsloo returned to the runway.  And 37 year old Brazilian bombshell Adrianna Lima retired her wings after 20 years as a Victoria’s Secret Angel (2000-18) – she will be missed but never forgotten.

In 2001, The Victoria’s Secret Fashion Show made its network television debut on ABC at 9pm, as The National Organization for Women (NOW) staged a protest at the 34th Street Victoria’s Secret during the broadcast.  NOW’s VP said she had a drawer full of Victoria’s Secret lingerie, and was protesting the status quo of hyper-sexualized images of women.

The ABC network (aka ‘Walt Disney/ABC TV Group’) would not carry the event again, until 17 years later when:  It’s the Women Who Watch [IndieWire.com]

Prereleased video from the 2018 Victoria’s Secret Fashion Show in NYC:

For more details, from the location to the models, backstage photos to after-party outfits, and all the details on this year’s extravaganza visit: